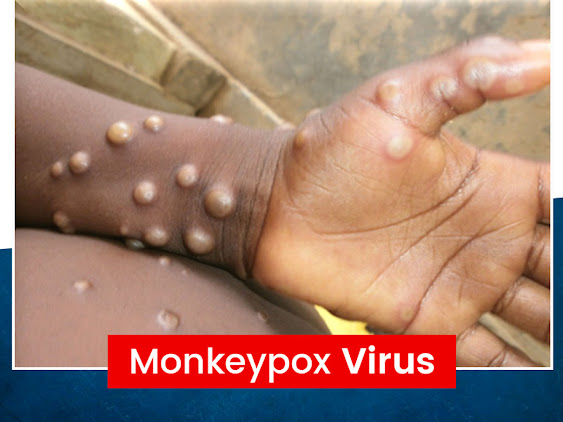 Montreal health officials investigate 17 cases of suspected Monkeypox.
Monkeypox is a rare disease that is caused by infection with monkeypox virus. Monkeypox virus belongs to the Orthopoxvirus genus in the family Poxviridae. The Orthopoxvirus genus also includes variola virus (which causes smallpox), vaccinia virus (used in the smallpox vaccine), and cowpox virus.
Cases of monkeypox are being investigated in several European countries as well as the US, Canada and Australia, according to health authorities and local media reports.
The new cases were reported in Belgium, France, Australia and Germany.
This follows infections confirmed in Italy, Sweden, Spain, Portugal, the US, Canada and the UK - where the first European case was reported.
Monkeypox is most common in remote parts of Central and West Africa.
Instances of the disease outside of the region are often linked to travel to the area.
Monkeypox is a rare viral infection which is usually mild and from which most people recover in a few weeks, according to the UK's National Health Service.
The virus does not spread easily between people and the risk to the wider public is said to be very low. 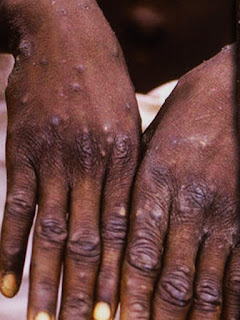 What does monkeypox do to people?
In humans, the symptoms of monkeypox are similar to but milder than the symptoms of smallpox. Monkeypox begins with fever, headache, muscle aches, and exhaustion. The main difference between symptoms of smallpox and monkeypox is that monkeypox causes lymph nodes to swell (lymphadenopathy) while smallpox does not.
Where did monkeypox come from?
According to the Nigeria Centre for Disease Control, monkeypox was isolated and named in Copenhagen's State Serum Institute laboratory in 1958 and was first identified in humans in 1970 in the Democratic Republic of Congo.
What is monkeypox infection?
Monkeypox is a viral zoonotic disease that occurs primarily in tropical rainforest areas of Central and West Africa and is occasionally exported to other regions. Monkeypox typically presents clinically with fever, rash and swollen lymph nodes and may lead to a range of medical complications.
MONTREAL, Quebec - Montreal public health officials said on Thursday they are investigating 17 suspected cases of monkeypox virus infections, adding to the growing number of cases of the rare virus reported globally.
Several countries including Portugal and Spain have reported cases of monkeypox in recent weeks, with a US case identified by Massachusetts public health officials on Wednesday in a man who had recently traveled to the Canadian province of Quebec.
Health officials in Quebec's largest city told reporters there was a link between the US case of monkeypox in Massachusetts and a few of the suspected cases in the Montreal region.
Dr. Mylene Drouin, public health director of Montreal, said the cases are not considered severe and are mainly among men who have had sexual relations with men, between 30 to 55 years old.
While public health officials hope to have laboratory confirmation by the weekend, Drouin said there is a good chance cases are due to monkeypox.
"The more that we see the evolution of what's happening around the world, and the link that we have with the case in the US, we suspect that it's a strong possibility," she said.
Dr. Genevieve Bergeron, a medical officer for health emergencies and infectious diseases, said the first suspected case was reported on May 12.
Monkeypox, which mostly occurs in west and central Africa, is a rare viral infection similar to human smallpox, though milder. It was first recorded in the Democratic Republic of Congo in the 1970s. The number of cases in West Africa has increased in the last decade.
Symptoms include fever, headaches and skin rashes starting on the face and spreading to the rest of the body.
In the world today, majority of the population are in the state of 'pre-illness' due to environmental pollution, stresses and unhealthy lifestyle such as consuming diets which are high in fats, cholesterol, sugar, salt and chemical additives. Under these circumstances, it is wise to prevent any deterioration in health rather than seek a cure after illness prevails as the saying goes: “Prevention is better than cure.”
Ganotherapy is one of the holistic approached to alternative complementary medicine. The underlying belief is that our body is the best doctor. Our body immune system when at its optimum condition is able to fight numerous diseases at one time, knowing the priority and without having side effects. All we see or feel is the reactions as it gets rid of the toxins and cure the illnesses. In Ganotherapy, it uses Ganoderma extracts from the fruit body and its mycelium to gain health.
The 4 basic principles of Ganotherapy are:
Read More Details Here [...]
at May 20, 2022 No comments: 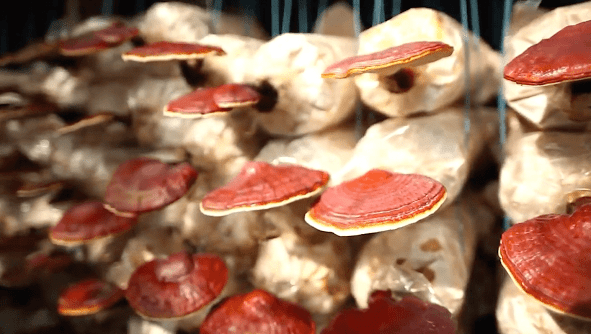 Ganoderma is a genus of polypore fungi in the family Ganodermataceae. The Ganoderma described in both ancient and modern times refers to the fruiting body of Ganoderma, which is listed as a top-grade nontoxic medicine that helps prolong the lifespan and does no harm to the body if taken often or for a long period in the Sheng Nong's Herbal Classic. It enjoys the reputation of “Immortal Herb” since ancient times.

The application range of Ganoderma is very extensive. According to the dialectical view of TCM, this medicine is related to the five internal organs and tonifies Qi in the whole body. Therefore people with weak heart, lung, liver, spleen and kidney can take it. It can be used to treat diseases that involve respiratory, circulatory, digestive, nervous, endocrine and motor systems. It can cure various diseases in internal medicine, surgery, pediatrics, gynecology and ENT (Lin Zhibin. Modern Research of Ganoderma Lucidum) 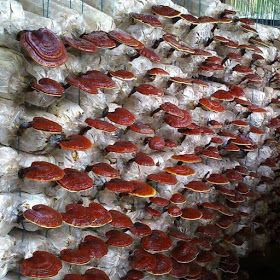 Ganoderma fruiting body is the general name of the whole strain of Ganoderma. It can be ground into powder or cut into pieces. It is mostly used in cook or soaked with water or wine. Ganoderma cap contains very rich in bioactive substances such as Ganoderma polysaccharides and triterpenoids Ganoderic acid.

Ganoderma extract is obtained by extracting Ganoderma fruiting body with water and alcohol. Since it is bitter and easily oxidized and perishable, the storage conditions are strict. The polysaccharides and peptides contained in the water extract of Ganoderma have a positive effect on immunomodulation, anti-tumor, protection against radiotherapy and chemotherapy injury, sedation, analgesia, cardiac stimulating, anti-myocardial ischemia, antihypertension, blood sugar lowering, blood lipid regulation, hypoxia tolerance increasing, anti-oxidation, free radicals cleaning and anti-aging.

Ganoderma alcohol extract and its triterpenoids have the functions of protecting the liver, anti-tumor, analgesia, anti-oxidation, scavenging free radicals, inhibition of histamine release, inhibition of the activity of human ACE, inhibition of cholesterol synthesis, inhibition of platelet aggregation and the like. (Lin Zhibin. "Lingzhi From Mystery to Science")

According to Dr Shigeru Yuji’s clinical experiments, the reason Ganoderma is effective is because of its basic functions.

Email ThisBlogThis!Share to TwitterShare to FacebookShare to Pinterest
Labels: GANODERMA

How To Close More Team Members 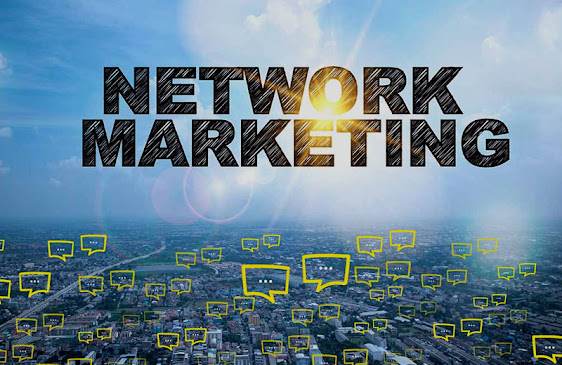 CHANGE YOUR OWN LANGUAGE 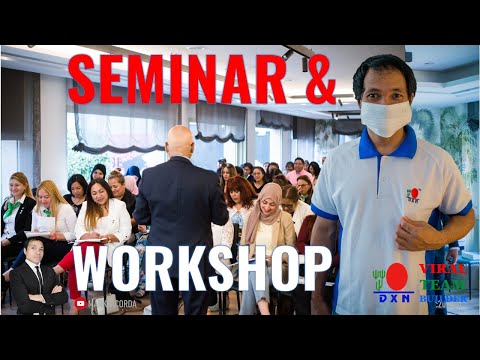 The Dietary Food Supplements presented in this Page are designed to assist in the maintenance of general well-being through regular use. If you have a condition which requires medical diagnosis and treatment, it is important that you visit your healthcare professional. The information presented on this page is for informational & educational purposes only, and is not intended as a medical advice or a substitute for a physician’s consultation and/or examination. This page operated by an Independent DXN Distributor. DXN does not endorse any information on this site nor does DXN assume any civil and/or criminal liabilities arising out of this page. 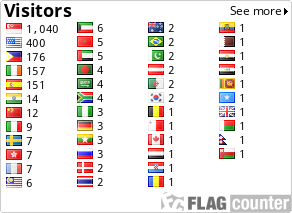